At this new net-zero energy McDonald’s, on-site solar provides 100% of the power

Published by JR Development on August 1, 2020

At a new McDonald’s restaurant that just opened at Walt Disney World Resort in Florida (with COVID-19 protection measures in place), solar panels covering the roof—and solar glass panels throughout the building—are designed to generate enough energy that the restaurant can run on 100% renewable power.

Running fully on renewable power, or reaching a goal of “net zero” energy use, “is still sort of at the technological edge for buildings,” says Carol Ross Barney, principal at Ross Barney Architects, the firm that led the design of the new restaurant. “But it’s definitely the future.” This restaurant will serve as a lab for McDonald’s to test sustainability solutions that the company can later replicate elsewhere, including new kitchen equipment that can help shrink energy use. “For a restaurant, the biggest energy use is in cooking, especially in a high-volume restaurant like this one at Disney World,” she says. The company will test new equipment for cooking burgers that can go on standby when there are fewer customers (older equipment had to keep running) and new coolers and freezers that are as efficient as possible.

In the net-zero-energy McDonald’s dining room, a passive ventilation system circulates the air to keeps the space comfortable without having the air conditioning on most of the time. “We were really interested in taking advantage of the climate in Florida, which is most of the year is fantastic,” Ross Barney says. “You really don’t need to condition the air. You could sit outside, and in most cases inside, without any air conditioning or heating.” Windows tied to the building’s energy system automatically open when the temperature and humidity are comfortable, and fans automatically turn on. A large outdoor eating porch, not a common feature for a fast-food restaurant, has as many seats outside as the indoor dining space. (The restaurant is currently offering only drive-thru and delivery options, but it will open for , carry out and dine-in service at a later date.) “We’re hoping that that’ll give people the impetus to eat outside and we’ll learn how not to use energy,” she says.

By shrinking energy use dramatically, the design makes it possible to power the entire 8,024 square-foot restaurant with only the solar panels on the roof, along with solar technology embedded in glass that provides shade over the outdoor eating area. As with most solar power, the panels send energy back into the local grid rather than directly powering the restaurant, but the total amount of energy generated is equal to what the restaurant will use over a year. The company plans to get a “zero energy” certification from the International Living Future Institute over the coming year.While the store is designed as a pilot—with extra features such as electricity-generating bikes that customers can ride to light up the golden arches above the store, and games at tables that teach kids about renewable electricity—many of the elements of the design can easily be incorporated elsewhere. “McDonald’s isn’t going to turn around tomorrow and tell all the franchisees that they have to have and put solar panels all over their store,” Ross Barney says. “But I do think that there will be some applications that can be used in all stores, and will be used in all stores, in the future.” As the cost of renewable energy continues to drop, it’s likely that it will become more common at restaurants.

The building is located near the All-Star Resorts on Disney’s property, which are currently closed. Disney says its Walt Disney World Resort in Orlando is on track for a “phased reopening” on July 11. While health and safety are a top concern for McDonald’s, Marion Gross, McDonald’s chief supply chain officer for North America, said in a statement that the company is also “focused on creating positive change for our communities and the planet.” This new restaurant design is one step toward McDonald’s science-based target for reducing emissions in line with the goals of the Paris climate agreement; by 2030, its emissions from restaurants and offices will need to drop 36% compared to 2015. The company is also investing in large-scale off-site renewable energy projects. In 2019, it began buying wind and solar power from massive plants in Texas that generate enough electricity to power 2,500 of its restaurants. 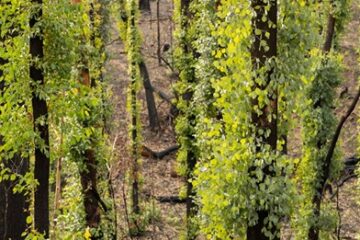 ‘We know our community better than they do’: why local knowledge is key to disaster recovery in Gippsland

Overcoming the odds is second nature to the Gippsland community. The people in this region have seen it all — fires, floods, droughts and extreme weather. And every time, these capable, resourceful and independent communities Read more… 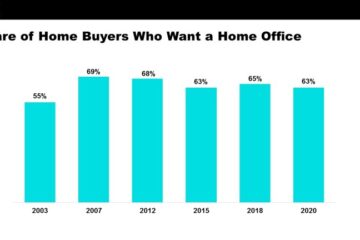 Few events over the last century have had as profound an impact on the ways we live than the ongoing COVID-19 pandemic. Premier among them is the heightened relevance of ‘home.’ The health crisis thrust Read more… 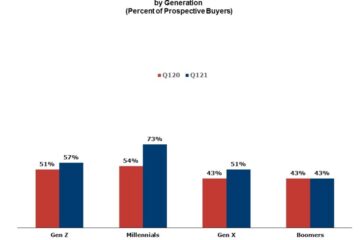 Of the 16% of American adults considering a future home purchase in the first quarter of 2021, 63% have moved beyond planning and are actively trying to find one to buy, up from the comparable Read more…